HISTORY OF A FAILED ILLUSTRATOR

A note from Gene:

I WAS Donnie Daytona

Before writing, I was drawing. It was 2016. I was working as a produce manager in a country super market; cutting cabbage, wrapping capsicum, quality checks, strawberries, melons. I was in charge of ordering; an undeserved stress on my meagre salary. There were few perks. I didn’t even get discounted cigarettes. It was shift work. They docked my first few paycheques to cover my uniform and training. It was my third job that year. I would have done anything to get free of the daily grind. Do something creative for a living. I had an unused Bachelor of Illustration degree on the shelf. I thought I should be a freelancer. Auspicious move? I had a friend in a city send me some illustration board and pencils. I set to work in every spare hour making some posters. I’d created a poster 3 years earlier and I thought it was a promising first go.

I thought I had a knack for poster art. I wanted to produce a whole bunch of them, to sell. The plan was simple: produce a pencil drawing; photograph it; add colour; send to print and sell a thousand of them online. I’d be a millionaire. After three drawings, I needed more equipment. My mate had trouble getting it to me. The town was 2,100 kilometres from where he was and there were no art stores within 300 clicks of its four exits. I was wasting away in the outback, a heat ripple mirage; a long way from culture. The culture I wanted, anyway. I quit my manager’s position. Lost the glory that came with it. Moved back to Melbourne. I picked up work as a furniture removalist and busted my arse for two years, lifting couches up stairwells. Then I went into desk repair and delivery in a cold warehouse in Oakley — and then became a package delivery driver for a small office stationary company; what ever would get us though and pay rent. I didn’t stop drawing. I worked on the art each afternoon; I got several pieces done; printed off some posters (full colour).

I put word out – I’LL DRAW FOR MONEY: BAND POSTERS; BIRTHDAY CARDS; GRANDMA NEEDS A PORTRAIT? – CALL NOW. The last thing I needed, according to the pros, was a brand name. I sold out! And I don’t give a shit either, F.Y.I. When you’re desperate for cash and you’re returning home each day from jobs that leave you in bruises, blood, sawdust, dry glue and paint, and you have a back like a geriatric, you give zero shits what anyone thinks. To hell with the snobs. You just do what you have to do. Sell your damned soul. Make a buck with your talent; take an ad out on Facebook and draw stupid shit for peoples bedroom walls. Join ranks with all the other stiffs. I was already a stiff. This way I’d at least be happy stiff?? Maybe??

I called myself DONNIE DAYTONA. On the surface, Donnie was a cool dude. A pro artist; had his shit together; lived in a bohemian studio warehouse somewhere like Los Angeles, warm, near the Californian beaches; created high quality work, available for a nominal fee. Donnie was the man! But behind his name was that stiff we were just talking about, and I had an addiction to cheap piss-water beer, and the reality got colder each day when I’d roll into three layers of jumpers, shivering through Melbourne’s chilled, rain soaked weekends, trying to dream up exotic Tiki Art for cocktail lounges. A joke. But there I was.

I printed more, never sold a thing. I lacked the marketing skills. After a while Leonie and I were sick of the posters hogging wall space in our apartment. Sick of the sight of them. She knew she was living with a failed artist, she was supportive through it all.

One day, I was short on cash and couldn’t afford a professional model. Leonie squeezed herself into a sexy halloween costume and posed for the poster. I’ll show you the drawing [Below]. I wish I could show you the photo. She was a knockout.

Leonie posing as the model for JAIL BROKEN poster

We’d moved to North Richmond. Not the nice part of Richmond, take my word for it. The newspaper said there were more drug overdoses in that suburb than all of Melbourne. A methadone clinic had just opened up around the corner from us. We found victims sleeping in our carport. Had addicts breaking down the front entrance because of a dealer in our building. The damned guy was picky with whom he’d buzz in. The others were left circling the property and climbing the walls.

Cheap living was all we could afford. There was a single mother nursing a baby a couple of windows down. She had it worse. There were families of 4 making do with one bedroom appartments the size of ours. “One day we’ll be on a beach. We’ll sip beer in paradise,” I’d tell Leonie. It was hard to stay positive. Those days weren’t joyful. Those months were long, and hard. I continued drawing. I hoped it wouldn’t be for naught.

I scraped cash together. Made an online store. It got no traffic. What the hell’s traffic? I was asking. Apparently you need lots of it. We had visitors to the apartment. Friends. The posters were popular with them. But they never bought one. Art was a worthless commodity. You’ve gotta be really good to sell artwork. Hats off to those artists out there turning a profit. I mean that. Good show old chaps. It’s a hard racket. I had some talent. But I wasn’t the cream. My stuff just wasn’t the high quality product people would part with their capital for.

After that I tried for some basic illustration jobs. Thought I could do some little gigs for chump change. I made some fake ads, band posters and faux commercial work.

I’d lost interest. I just wanted to drink in my spare time. By August 2018 I’d failed to get any work. I spat the mouth-guard. Leonie and I moved to the beach; failed dream or not. Fuck it! Donnie never sold a print; but we were happy. We tossed our winter wardrobe in goodwill bins and split with some books and Leonie’s best swimsuit. North. For days. Then we were in Brisbane. Tropics-palm trees, and no hypodermic needles. At least not on our doorstep.

I have to give myself some cred. I didn’t drop the ball when it came to effort. I worked my fingers to nubs on the art. I think I failed because of a lack of talent. Yes, those of you who can’t draw a straight line are angry at that comment, but it’s never been about who can draw a pretty face. There’s a ton of that out there. This is the real world, man, arses get fucked here all the time. I said it earlier, If you want to sell it, you’ve got to have that X-Factor. You’ve got to have a genuine interest in what you do. You’ve got to love it. Need it. If you’ve got love, if you’ve got candor, it shows in the pencil strokes. It’s the difference of millimetres, but it’s those subtleties that seperate the men from the boys. And I never loved it. Never went to friendly exhibitions. Never had any artist friends. The thing never suited me. In fact, the only time during the art crusade I remember feeling good was when I wrote and illustrated a 75 page graphic novel during university. And if I was honest, I’d say it was the storyline I enjoyed doing. Suffering through the drawing of each panel was the heartache. The writing has always called at me stronger. My soul finally has a space to pour into. My blood has the right paper to stain. I threw out the drawing board. I set to work on some novels. Never looked back. All the itches that couldn’t be scratched, year on end… relieved. They come back now and then, when I’ve gone 3 days without writing. My only other obsession would be Leonie, and the way she looks in a shoulder-less dress with a flower in her hair. 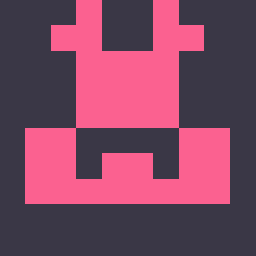